The book jacket describes this story taking place on a night in November 1991 with George H. W. Bush in the White House and Nirvana in the tape deck. You had me at November 1991. I was a freshman in high school and obsessed with Sweet Valley High books. On weekends, I was busy wearing out my Blockbuster movie card renting VHS copies of Adventures In Babysitting and Can’t Buy Me Love. I also had a subscription to SASSY magazine which I devoured monthly. My biology teacher had a pet monkey named Marty. The monkey ran free in the classroom. Totally 90s!

Killer On The Loose

There are only a handful of players in this story. It begins with Charlie and her boyfriend, Robby. She is leaving college because of the death of her roommate, Maggie, by a campus killer. Charlie blames herself. She had an argument with Maggie and told her she was leaving and to come with her. Maggie wanted to stay out. The last thing Charlie saw when she turned around, on her way back to the dorm, was Maggie with a man in the shadows. Charlie was mad and didn’t pay enough attention to be able to make a positive ID after Maggie was found murdered.

Charlie puts her name and number on a message board at school. She needs a ride to Ohio. She doesn’t drive. Four years prior, her parents were killed in a car accident. She hasn’t driven since. A fellow student answers and says he is going that way and can drive her. The only condition is they have to leave that night.

Side Note: This situation has happened to me in real life. I was once in the military and had orders to go overseas. I flew from Arizona and was picked up by a contracted civilian driver who INSISTED he had orders to take me to Delaware and not New Jersey. Needless to say, I was dropped off at the base in Delaware and was lucky enough that a fellow soldier was willing to take me to New Jersey for only $20. He had friends at the New Jersey base and said he would drive me there and visit them. Now, this wasn’t an overnight drive. In actuality it was only 2 to 2 1/2 hours. This drive did take place in the dead of night and it was in 1996, but I don’t recall it being awkward. Also, I was fearless back in my 20s. So there is that. The best thing that happened on this road trip was being introduced to WAWA subs. Things happen for a reason! Haha

Back to the book…Charlie agrees to ride with him. She immediately has reservations about this trip, but gets into the car. Charlie has some other issues that play into her paranoia and we soon find she is not a reliable narrator. I loved the first third of this book. It was fantastic. The conversation in the car between the two makes you wonder if he could indeed be the campus killer.

We then get treated to The Diner. I also really enjoyed this part of the book. Let me say I didn’t see the first twist coming.

The book continues and I am starting to get bored. There is a literal fire. Not liking where the story is going.

I stick it out, and yet again, the final twist surprises me. I didn’t see it coming at all. This doesn’t surprise me. I am very unobservant in my daily life. Let’s just say you are most likely going to be fine if I have to pick you from a line up and you are indeed guilty of the crime. Some poor innocent person isn’t going to be so lucky.

I didn’t want to let October go by without some spooky content. This was the perfect pick for me. It wasn’t too gory, but still gave me the eerie feelings I look for during this time of year. I read this on the library app Overdrive. I also listened to it on Audible. Audible sent me an email to try 30 days free and offered me two free audio books which I can keep if I decide to not stay subscribed after the 30 days. The narrator really makes or breaks the audio experience for me. Savannah Gilmore was the narrator of this book and she did a fine job in my opinion. 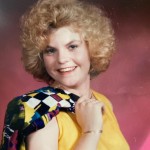